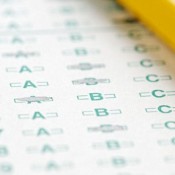 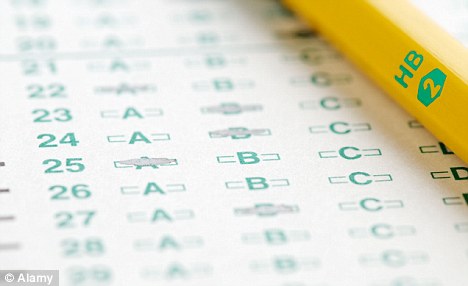 Looks like Atlanta Public Schools isn’t the only district trying to improve test scores for the “No Child Left Behind Act.”

More than 178 teachers in the state of Georgia have admitted to erasing wrong answers and writing in the correct ones on their students’ sheets across 44 elementary and middle schools in a bid to inflate scores.

Now an official report in Pennsylvania found statistical irregularities in papers from 60 state schools, according to blog The Notebook.

The study revealed that in many cases, wrong answers had been erased and correct ones entered. The odds of the number of changes being made naturally by pupils were one in a trillion.

Some students’ work also showed improbable improvements in the space of a year.

The irregularities do not necessarily mean that cheating occurred however the state never followed up on the findings.

This whole thing just keeps getting messy. Cheating on standardized tests is doing our children a disservice. They’re going to pass and be unprepared for the next steps. I’m thinking some type of task force needs to be created to have a checks and balance system in place. Having students just “pass” is going to create ill-prepared graduates for the real world and college.

Should standardized testing be regulated in school districts?