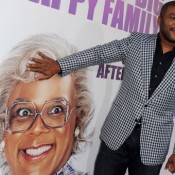 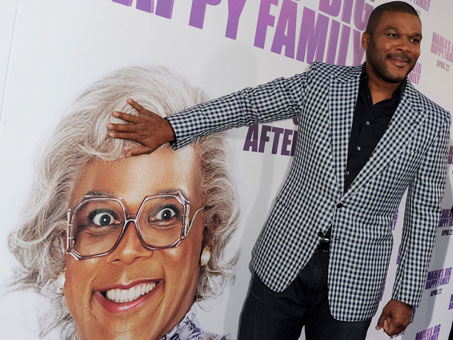 Mr. Star Wars himself, George Lucas, opened a can of worms last week when he opened up about the difficulty he had in getting his new film Red Tails made. The film has an all-black cast featuring Cuba Gooding Jr. and Terrence Howard and tells the story of the black Tuskegee Airmen.

Lucas discussed how most of the Hollywood studios weren’t interested in touching the film because of its all-black cast. After working for 23 years Lucas decided to release the film on his own.

Successful writer and director Tyler Perry opened up about his own problems getting his films covered and prejudices in an open letter.

Unfortunately, movies starring an all African American cast are on the verge of becoming extinct. THAT’S RIGHT, EXTINCT! Ask any executive at a Hollywood Studio why, and most of them will tell you one of two things. The first thing they’ll say is that DVD sales have become very soft, so it’s hard for a movie with an all black cast to break-even. Secondly they’ll say, most movies are now dependent on foreign sales to be successful and most “black” movies don’t sell well in foreign markets. So what that means is you will begin to see less and less films that star an all black cast. Isn’t that sad in a 2012 America? Somewhere along the way we still haven’t realized that we are more alike then not.

I must tell you that I have been very fortunate to work with a studio that sees the value in my type of storytelling and filmmaking. As well as having you, an audience of all races of people, who have stood by me arm and arm. It has helped me navigate through some pretty rough waters.

I thought that as black people in Hollywood, this is just our reality, but I quickly realized that this is not racism. What made me realize this is I had a conversation with Mr. Star Wars himself, George Lucas, and he was telling me that he was having the same problem with Red Tails. I was blown away! Red Tails is an important story about, not just black history, but American history about the Tuskegee Airmen. It has an all-star African American cast, including Cuba Gooding Jr. and Terrence Howard, which opens this Friday. He went on to say that he brought the movie idea of Red Tails to

several studios and no one wanted to make this film…. AND THIS IS GEORGE LUCAS! Not to be deterred, he put up his own money, shot the movie then took it back to those same studios, and they wanted nothing to do with it. One of them even refused to see the film, citing the above mentioned problems. So George decided to take a huge risk by entirely funding the movie and releasing it himself. What a guy! For him to believe so strongly in this story is amazing. I think we should pull together and get behind this movie. I really do! Not just African Americans, but all of us. I have seen the movie and screened it here in Atlanta. I loved it and I think you will too. The Tuskegee Airmen, who were at the screening, were so happy that somebody is telling a small part of their story.

It opens this Friday. Please take your kids, you will enjoy it and so will they. There is a lot of action and adventure and also a great history lesson to be learned.

George, I just want to say, thank you for having the courage to do this.

Do you think that Tyler Perry is on to something?