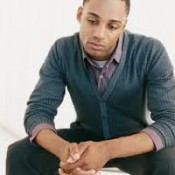 African-American men earning more than $80,000 a year are just as likely to suffer from depression as their jobless counterparts, according to a study from the National Survey of American Life.

Darryl Hudson, PhD at the Center on Social Disparities in Health at the University of San Francisco said that the depression in affluent Black men could be linked to the stress of “integrated environments” where they are “more likely to be exposed to racial discrimination.” However, he cautions that the issue is less about blame than complexity, saying:

“African-Americans with greater socioeconomic resources are farther away from their social support network, both physically and socially.”

She gives several reasons for the higher onset of depression including; 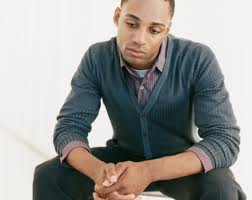 “When all these things come together, you have the perfect storm for depression with African- American men making over $80,000,” said Ward, a psychologist and assistant professor at the University of Wisconsin-Madison School of Nursing. She had no affiliation with the study.

“It is clear. Marriage is protective for men suffering from depression,” Ward said.

Ward is rallying for both prevention and intervention programs in the community stating that; “African-American men are particularly vulnerable to unemployment, particularly those who suffer from depression. This data was collected from 2001 to 2003 but  the numbers could possibly be higher now in 2013.

This information is not at all shocking to me. I think more needs to be done to give men in higher positions more access to the community, so they won’t feel so isolated. This is why I believe in being active in organizations like fraternities, 100 Black Men, etc. to ensure that Black men feel as though they have value and  a sense of belonging.

What do you think can be done in our community, to prevent and treat depression in African-American males?