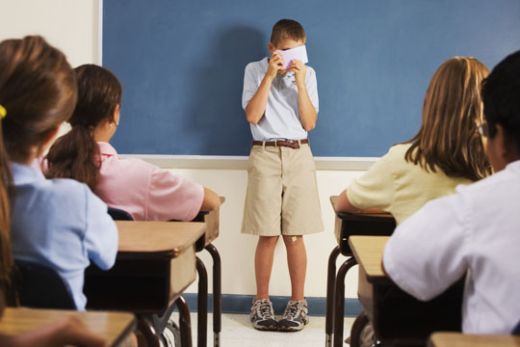 There are a lot of people out there who can not stand crowds.  However, when does this phenomena become a mental illness? It is human nature to feel shy or uncomfortable in large crowds.  Social phobia also known as Social Anxiety Disorder affects millions of people.  When the shy behavior keeps you from speaking, eating in public, functioning in a work or academic environment, that is when it becomes a problem. These people experience tremendous interpersonal sensitivity when in public.  This can be a source of many other psychiatric disorders, as well.  For some, this disorder is something they are able to live with in fear.  For others it becomes so crippling in everyday activities that they are deemed disabled.

Surprisingly many celebrities suffer from this disorder because they feel they are continuously being judged and scrutinized. Barbara Streisand, a celebrity, who openly speaks out now about her social phobia and how she avoided celebrity events or being seen on the red carpet.  Forgetting her lines while acting became debilitating because she would become so embarrassed.

Many people with social anxiety disorders work in career fields such as computer science, engineering, writing and literature where they don’t have to be around others or in the public eye.  All of these jobs require, if any, very little or no exposure to other people.  For many people they become unable to work because the exposure and feeling of being vulnerable is too overwhelming.

This disorder can be genetic and tendency to over react to things that are new and not familiar. Also known as conditioned fear triggered by a portion of the  brain called the Amygdala.  It is very hard for parents to identify that their child has social anxiety because at home they appear fine.  They are able to function, sometimes very out spoken, bossy, and even assertive.  But once they leave outside of their comfort zone their confident demeanor is crippled tremendously.

If you answered yes to more than a couple of these questions, you should seek out help? You are most probably suffering from SAD. Please seek out care for a Psychiatrist who knows how to effectively treat this disorder.