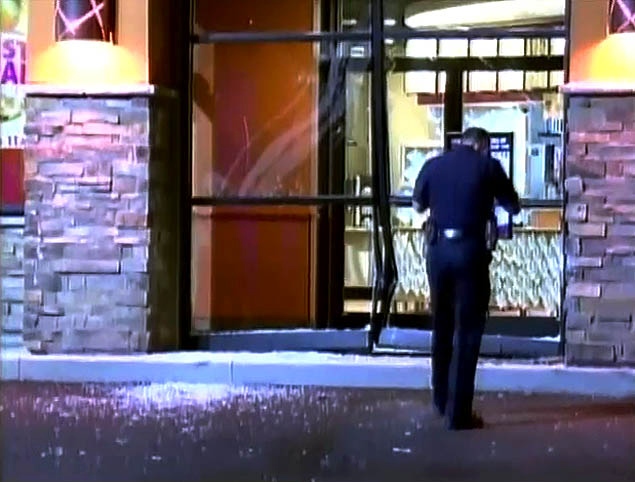 We have all witnessed going to a drive-thru restaurant, and left with an order that was either not complete or totally messed up!  But one guy in Huber Heights, Ohio probably beat everyone (Excluding Mabel Simmons a.k.a. “Madea”) when he lost it!  The Taco Bell employees had forgot to give the man his $ 0.99 taco.

The caucasian male, later identified as Michael Smith, received his bag and began toleave.  He finally looked into his bag to find that he was being cheated out of his dollar!  He backed the vehicle up and started to yell at authorities, then rammed his pick-up truck into the front door of the restaurant and took off!

Thankfully, no one inside the store was injured.  That didn’t stop the police from going after the criminal (but of course!)  Authorities were able to follow a trail of fluid from Smith’s truck to his home.  And there he admitted everything.  He was arrested for a felony vandalism charge.

Huber Heights Police Department Sgt. Chris Kash shared, “Oh, we’ve had all kinds of vehicles into houses and businesses, and it’s always been an accident.  There’s always been an impairment.  But usually, people don’t run into Taco Bell intentionally just for a missing taco.”

Yeah… I agree!  Smith had lost it for a second.  He must have been terribly hungry because he wanted that taco! LOL.

We are not aware if Smith already has a criminal record, but he has a lovely “FELONY” written on there now.  Although, his actions were on the extreme side, his message still remains.  If the restaurant can take all of the money, then all of the food needs to be given.  I get it, Smith!

His anger issues have now cost him some major time in jail, over an incident that was not that serious from the start.  Since he was already driving back around, he could have spoke with the manager (which I recommend) instead of ramming his truck into the front door!  He would have made a better, longer lasting impression.

And if you look at the situation deeper, Smith allowed Taco Bell to control him.  In reference to the quote “He who angers you, controls you.”  MAN! It sucks that he couldn’t control himself for a split second because now he will have to live with this for the rest of his life. 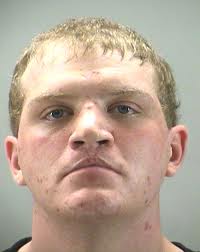 Moral of the story:  Don’t let anyone make you stray from your path.  You know what you want to do and who you want to become.  If you entertain a distraction, that distraction will keep you from that “good thing” that lies ahead.  Trials are only placed in front of you to get to triumph.  You can only have a testimony if you’ve been through a test.  And I don’t know about you all, but I hate it when I think about the way I reacted or what I said and realize that I could have handled that a little better.  For example, stubbing your toe on the corner of the wall and saying a few unpleasant words  LOL!  But seriously… stay moving on the path that you’ve set become that ‘better person.’  I know it’s hard.

As always, come in a see me if you’re having trouble.  And make sure you leave your feedback below.