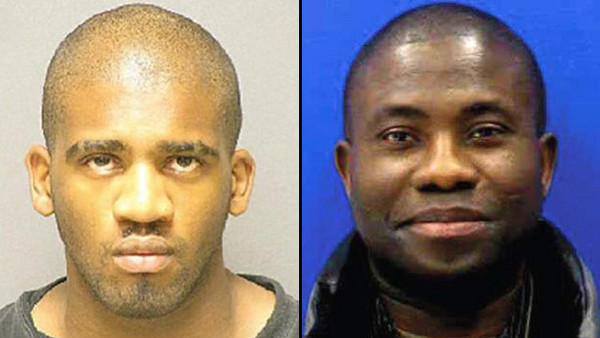 So this ‘Zombie Apocalypse’ continues…

This is the second incident where someone has consumed a victim in the past week!  Alexander Kinyua, an electrical engineering major studying at Morgan State University, was charged with first-degree murder after human body parts where found in his home.  The 21 year-old confesses to killing and eating his victim’s heart and portions of the brain.  The victim, Kujoe Bonsafo Agyel-Kodie, was a 37 year-old male and former roommate to the murderer.  The two lived together in Joppa, Maryland.

Kinyua’s father, whether he knew it or not, helped the police’s investigation.  The father said that Agyel-Kodie went missing last Friday after going for a jog.  The father also tipped off the authorities about the found body parts.  All arrows led back to the home where they found a human head and hands in metal tins inside the house.  More remains were discovered in trashcans outside of a church.

Sherriff Jesse Bane told The Sun, “I’ve been with the agency 40 years, and I would say this is the first time I can remember … where someone was placed under arrest in Harford County and as a part of his crime he consumed the victim.”Harford County deputies have reported this as one of the most brutal and bizarre killings they have seen, in comparison to my latest blog about a similar incident in Miami.

Even though Kinyua admitted to the killing, there was no motive found… because simply asking him why would be a stretch!  I figure if he has no fear in telling that he did it and knowing the repercussions, he wouldn’t be afraid to share his motive.  Eh, but maybe I’m over thinking it! LOL.

Recent social media posts from Kinyua showed that he had become increasingly stressed during his third year at school.  He began to have outbursts while in ROTC, which led to him being dismissed from the program.  This isn’t the first violent action that he has been associated with.  In May he was arrested for allegedly cracking the skull of a classmate with a baseball bat.  And for that he made bond for $220,00.

Students saw Kinyua as ‘strange’, claiming that he was “always in his own little world, preaching everywhere he went and talking about how he was writing a book,” said classmate Jasmine Bloomfield.

Although the deceased, Agyel-Kodie, was a victim here he, too, had an impressive criminal record.  The Ghana native was convicted in November 2008 for a sex offense in Baltimore County.  In 2007, he was convicted for sexual harrasment of stalking and making repeated telephone calls to a woman.

Police are unraveling the case in search for an answer or explanation.  But what I would like to address is the cannibalism!  What is going on with all these cases of humans eating humans?  I’m aware that we have to eat, but as of now there is no shortage of food.  Meaning there is no reason for cannibalism (not that there will ever be except part of one’s religion).  My question to you all:  Is there a such thing as the “Zombie Apocalypse”?  Has it begun?  Is society to be blamed? If not, who?

Leave your feedback below!