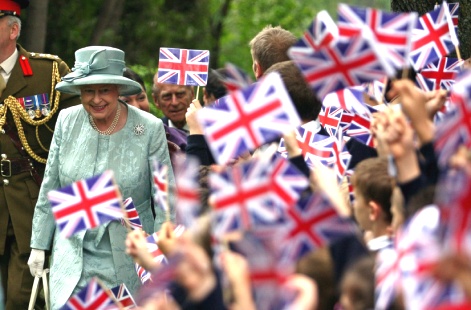 Queen Elizabeth took the throne on June 2, 1952 at Westminster Abby in the first televised coronation service after the death of her father King George VI.  She has had four children Charles, Anne, Andrew and Edward.  The last which was born in 1964.  Queen Elizabeth and her husband, Prince Philip, have traveled all of over the world speaking and helping people.

Queen Elizabeth has overcome many upsets during her reign.  Her 40th year on the throne, the year she calls ‘annus horribilis’ (horrible year), is filled with failed marriages and unwanted publicity.  Her son, Andrew, and his partner Sarah seperate.  Anne and Mark Philips file for a divorce.  This sounds to me like a year of “failed love”!  Also, in the midst of all of these events, Sarah’s topless picture where she is kissing her ‘financial advisor’  causes an uproar!   Her Windsor Castle, next in the series of unfortunate events, is terribly damaged by fire in that following November.  And the very next month, Charles and Diana announce their divorce, where they are divorced in August 1996.

The following years seem to get better, in spite of the death of Diana and her millionaire companion.  They died in a car crash as paparazzi were chasing them through Paris.  Some how, the Queen and her Prince manage to celebrate their golden weeding anniversary as hundreds greet them.  Although life continued to throw stones at her from all different angles, she managed to keep a level head and address Ireland on May 20, 2011.  There she showed sympathy for those that suffered during the hundreds of years of conflict between the two neighbors.

On March 20, 2012 addresses Parliament and re-dedicates herself to serving the people.  June 3rd through the 5th, the Queen will have many festivities celebrating her reign. The Queen, and the nation, will celebrate the diamond jubilee with a pageant on the river Thames.  WOW!  That is wonderful!

Over the course of years Queen Elizabeth has gone from a mother, to a Queen, to a lovely grandmother.  I’m pretty sure that she will continue to guide her little ones in the right path, as she has done with her nation.  We celebrate you, Queen Elizabeth.  View photo of her 60 years ago. 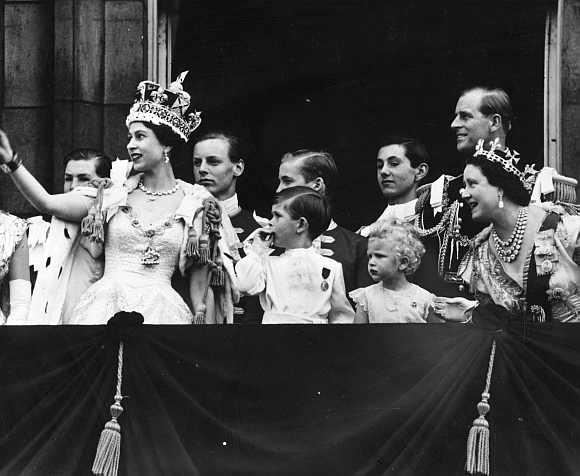 Citizens of all countries have mixed opinions about the royal family though.  Some are appreciative of what they do for their nation, but the others feel the exact opposite!  They express that the royal family does not contribute anything to the country.  All they do is sit back and soak up resources that could, and should, be given to the poor!  One strong, opinionated male referred to the royal family as “parasites of the society.”

I can see where the feeling comes from.  To see your hard earned tax money being wasted on waterfalls and a garden full of expensive flowers is not a great feeling.  But if enough people felt this strongly about it, I’m pretty sure something would happen!  I’m not sure if it would go as much as them being kicked out of the castle and being forced to work, but some actions would occur.

How do you feel about the royal family “mooching” off of the Queen’s benefits?  Should we consider them “parasites of the society”? If so, how do we fix this problem?

Leave me comments below!