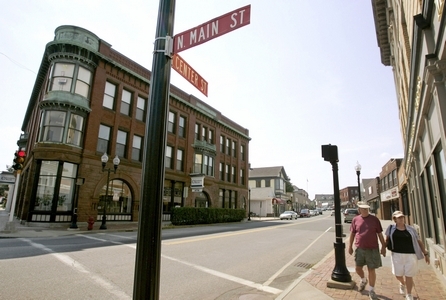 Residents of Middleborough, Massachusetts have voted to make those with potty-mouths to pay up!  On the called town meeting on Monday night, the tallied votes were 183-50 approving a proposal to the police chief to impose a $20 fine on those who use profanity publicly.

Some of you reading this may totally disagree with this proposal, but officials take another spin at it.  They claim that it was not to sensor casual or private conversations, but instead to crack down on loud, profanity-laden language used by teenagers and young people in the downtown area and public parks.

One store owner and former town selectwoman says that if anyone is glad, she is!  Mimi Duphily says to press, “I’m pretty sure there is going to be some fallout, but I think what we did was necessary.”

This could raise suspicions about First Amendment rights, but state law does allow town laws to enforce local restrictions that give police power to anyone “who addresses another person with profane or obscene language in public.”

This ordinance gives police discretion to ticket someone if they believe the cursing ban has been violated.

Mimy Duphily, owner of an auto parts store, is one of the many downtown merchants who wanted to stand against the kind of swearing that results in the customers feeling uncomfortable.

She comments, ” [They] will sit on the bench and yell back and forth to each other in the foulest language.  It’s just so inappropriate.”

A more open downtown owner sees how difficult it is to impose a law of this nature.  Pacquet says, “In view of words commonly used in movies and cable TV, it’s kind of hard to define exactly what is obscene.”  And she is right!  You cannot make hundreds of movies and TV shows that uses the “forbidden words” and then turn around and be upset that someone repeats them.

If you are going to make it “normal” to use such words in entertainment, how is it any different when the cameras are not rolling?  I just don’t understand it!

One store owner rebuttles, “I don’t care what you do in private.  It’s in public what bothers me.”

The town has also voted on fines for certain types of disorderly conduct, public drinking and marijuana use, and dumping snow on the roadway.

My take on the law:  It is been taken to a whole other level!

It has gone too far!  First and foremost, you cannot pass a law telling someone what to (or what not to) say.  Even if the state allows local laws to be passed, the First Amendment should protect this type of law being passed!  This is outrageous.

And I understand the store owners want to make as much profit as they can, and in result have to make sure the customers are taken care of, but there has to be another solution!  Maybe if the teens are getting out of control, asking them to leave, or even banning them from the store, would be a better solution.  But to give them a $20 ticket for each curse word is a little extraneous.  But that’s just my take on it.

How do you feel?  Has the town stripped the residents and visitors of their rights?  Or is this only a crackdown before things get out of hand?

Check out my blog: Dad Beats Son For Not Catching Baseball