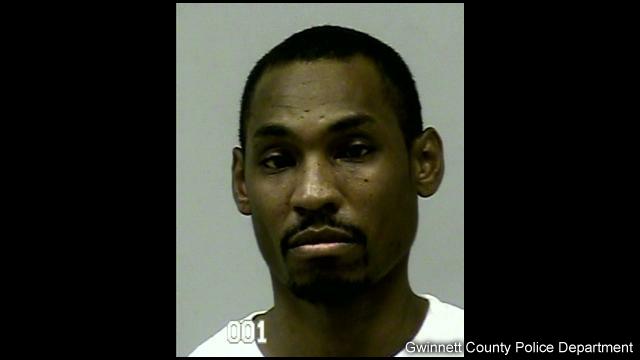 The Ying Yang Twins were some wild boys at the height of their rap career.  Putting out top songs like “Salt Shaker” and establishing the word “crunk” got the twins publicity and invites to the wildest parties.  However, all of that partying has caught up with one twin, Deongelo “D-Roc” Holmes, last week.

D-roc was arrested by Gwinett County Police after failing to remain in one lane.  Apparently, the star was too crunk all over the road.  According to a police report, D-Roc admitted to having a “few beers at a friend’s house” and smoking marijuana earlier in the evening.  The bizarre part of the story is he was accompanied by his two sleeping children (a 3-year old and a 2-month old) in his 2002 GMC Yukon Denali.

The arresting officer found alprazolam pills and two grams of marijuana in the grinder on D-Roc’s person.  (He was ready to get home and blow down! LOL)  The rapper was charged with DUI and child endangerment.

The Ying Yang Twins are known for holding it down in the A!  Making hit songs like 2000’s “Whistle While You Twerk”, 2005’s “Wait (The Whisper Song)” and, as previously stated 2003’s hit “Salt Shaker”.  The group has had two platinum cds Me & My Brother and U.S.A. (United States of Atlanta).  The group has been guested on Lil Jon’s #1 Rap Single “Get Low”.  Later the group released a third album that did not meet the status quo set by earlier albums.  In attempt to bounce back from the previous failure, the group remixed Justin Beiber’s hit “Boyfriend” last month.

Two things need to be addressed here: 1) The children 2) Life after being busted

D-Roc was pulled over for a traffic infraction when the police saw his “bloodshot and glazed” eyes.  They also reported that he was mumbling and slurring his words when talking to the authorities.  Also, he had his two babies in the backseat.  Immediately, the story had gone too far!  As much as D-Roc has been all over the South performing and partying he should know that some things shouldn’t be done.  Having a couple of beers is fine, as long as you don’t exceed the legal limit of the state.  But when you drink alcohol and mix it with illegal substances, like marijuana, you find yourself in dangerous decision making.  It’s unknown how far he had to travel, but the decision to get behind the wheel and go home was extremely dangerous!  I can’t tell D-Roc to be a certain way, what he does in his personal life is for him to deal with, but I can say that having the children in the car is unacceptable.

Secondly, his actions will now cause the Child Protective Services to get involved over one mistake.  D-Roc may be a great father, but that is going to be hard to convince the judge when his hearing rolls around.  I guess with fame comes the urge to get out of control with drugs and such.  Butknowing that this all could have been prevented is saddening…

How do you feel about the rappers charge of DUI and child endangerment?  Leave your comments below!

Make sure you check out my recent blogs, we need your feedback!