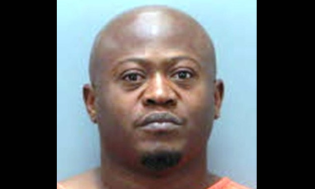 According to Black Media Scoop, Davis pleaded guilty to homicide by child abuse in the death of a child for beating his daughter, Sondaria Davis to death a month before her first birthday. His girlfriend at the time, Sondaria’s mother, was also charged and given probation. Fast forward to 2011,where Davis has a case of deja vu and murders his five month old daughter Keris Davis, after she died from “multiple head injuries from blunt force trauma and shaking”.

If you’re wondering why Davis only served 11 years of his original 20 year sentence for killing a child, here’s why.

At the time of Davis’ second arrest, Thirteenth Circuit Solicitor Walt Wilkins said sentencing laws have stiffened since Davis’ previous homicide by child abuse conviction. “Now, someone who is convicted of this crime or pleads guilty to this particular crime must pay 85 percent and then they become eligible for parole,” Wilkins said http://www.blackmediascoop.com/2012/12/10/dad-imprisoned-for-killing-his-baby-gets-out-kills-his-5-month-old/.

If this law had been in place back in 1995, Davis would have been in prison until 2012. BMS reported that Davis was recently sentenced to life in prison without the possibility of parole.

As a mental illness professional, I must say that the ability to carry out a murder has to require an individual to “check out” mentally to some degree, if they haven’t already done so prior to the crime. Taking a life is not something that a person in their right frame of mind could carry out, especially the life of a defenseless baby or child. Their morals and values system would kick in, the sounds of the victim pleading for their lives would turn them away or the person thinking of committing the crime could start to think about their own family and what their loss would mean to them.

What do you think about these types of senseless killings?