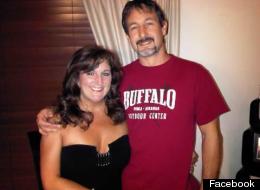 A 43 year old  man allegedly committed murder- suicide at his daughter’s sweet 16 birthday party in Grapevine, Texas. According to Star-Telegram, he fatally shot his wife and then himself at his in- law’s home.

Star-Telegram reported that Kristi Suckla, 44, was living with her parents at the time of her death due to she and her husband’s separation. Kristi invited her estranged husband over to talk but it soon escalated to an argument which resulted in him killing her and then turning the gun on himself. Krisiti was shot multiple times in her neck and body while her husband had a single shot to the head.

As reported by Star-Telegram:

When they arrived, officers found Kelly Suckla lying on a walkway in front of the home, Grapevine police said. A handgun was found near him. Kristi Suckla was near the front door of the residence. Witnesses told police that they heard gunshots and then found the couple who had been shot.

Both were pronounced dead at the scene.

A tragic story and for it to have allegedly happened at their now orphaned daughter’s birthday party. We know that this couple was indeed having relationship problems since the wife decided to separate. The husband clearly was not dealing with the situation well since he brought a gun to a discussion which probably means he had this planned all along. If you know you’re in a bad relationship, don’t take it lightly. Make plans to remove yourself from the situation like Krista tried to do, but also keep in mind how your mate’s mental state is. If you left him/her and you know they have been acting out of the ordinary or you no longer feel safe around them, don’t give them the opportunity to put you in harm’s way. If you have to contact them, for kids or other things you share, try to do it over the phone or by email if you feel they are too unstable to deal with in person.

For more information on toxic relationships purchase Dr. O’s book, “Am I in a Bad Relationship?”