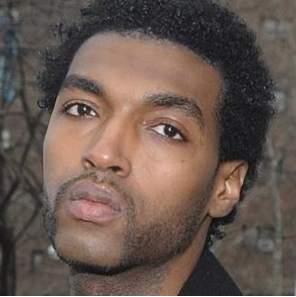 In life, we all have to play the cards we’re dealt because you don’t always get to pick another hand. Most of us get amply amounts of opportunity to make our lives better, we just don’t take advantage of them. Sadly, this sometimes leads to pointing the finger and blaming others for why our lives didn’t turn out the way we planned them too. According to The New York Post, 32 year-old Bernard Anderson Bey, of Brooklyn,  is suing his parents for $200,000 because they left him homeless and didn’t love him enough.

NY Post reports that Bey accused his parents for his current state in life and now wants  them “to mortgage their share of a Bedford-Stuyvesant home so their family can buy two Domino’s Pizza franchises to employ them all, according to the bizarre suit”. Among the claim that his parents didn’t love him enough, Beys says that his step-father did drugs in front of him, beat him and called him derogatory names as a child.

Bey’s parents don’t agree with his accusations. According the NY Post Bernard Manley said Bey was basically no longer his step-son nor his responsibility.  “He’s not related to me. He’s not my son,” Manley said. His mother, Vickie Manley, feels threatened by her 32 year-old son.

I live in the projects. You want to sue me? What’s next, you coming to shoot up my door?

He’s 32 years old. That speaks for itself. Welcome to America. Everyone in America has the same opportunity. Don’t blame the parents at this point. The choice is yours. You’re an adult, said his mother.

Bey says that his whole family is poor and that his younger siblings are on government assistance “because of their neglect”. However, one of his siblings denies the claim by affirming she nor her siblings receive any help from the government and that her parents are doing their best to take care of them. She also went as far as to call her older brother “crazy” and a “pathological liar”.

Bey said he asked for the money to “break the bonds of poverty” and turn his life around. Like he accused his step-father of doing, he was also involved with drugs in the past.

Talk about pointing the finger! At 32 years of age, is it really appropriate to blame your parents for your rut in life? They are no longer required to take care of him in any way. The only thing that was mentioned that he did wrong was the former drug involvement. What else did Bey do to contribute to his current state in life?

There are hundreds of other people who have had similar or worse situations and have risen above them through hard work and dedication. Maybe if Bey had approached his parents with the idea of him trying to start a business and needed some help financially, things would have went over a little smoother.

What do you think of this son suing his parents for their lack of love?