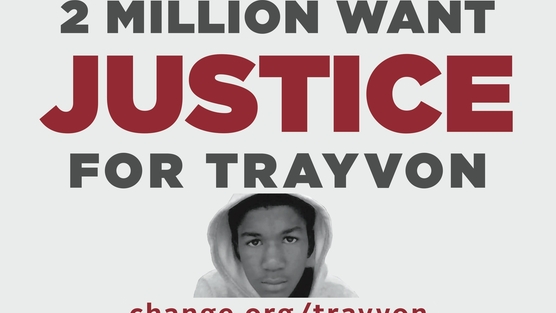 One year ago today, 17 teen year old African American Trayvon Martin, was murdered by White Hispanic, George Zimmerman, a 28 year-old man claiming he shot the teen in self defense. Last year, Martin’s case received national attention, that even included a hoodie, skittles and Arizona Tea (Martin was wearing a hoodie and carrying the candy and beverage the day he died) campaign. Celebrities, citizens and even President Obama, showed their support for the death of Martin and the family he left behind.

With a whole 365 days gone since Martin’s death, the attention on his case has died down significantly. Like many other hot topics exploited by the media, Martin’s story has cooled down. The hundreds of people that showed up to support the Martin family and case in the initial months of the tragedy has dwindled down to less than half of that. Martin would have been 18 on February 5. According to CNN, only around 70 of his supports gathered for a peace rally in honor of his birthday, a much lower number of supporters than originally started out. Supporting him in any way is good and I’m sure the family appreciated those that came out, but the one thing we must not forget is that the ultimate goal of Trayvon Martin’s family is to have the government support their claim that their son was shot in cold blood, not self-defense.

Since the death of Martin, his killer Zimmermen has become one of the most hated men in America and has made many additional headlines for matters such as selling his autograph for money (to fund his legal team and living expenses), his wife getting arrested and according to CNN, suing NBC for claiming they edited his 911 call the day of the shooting to make it sensational in order to boost ratings. CNN reports that Zimmerman has claimed to be a victim since the ordeal started. According to him, Martin struck first, which led to a fight.  Martin eventually pinned him down, Zimmerman cried for help but said the only way to escape his grip was to shoot. Today, Zimmerman is still awaiting his June trial to start.

As for Trayvon’s parents, they’ve dimmed their spot light since the media coverage died down, but they are still just as determined as ever.  According to CNN, “they held a benefit dinner for the nonprofit organization, as well as a peace walk in Miami “to let teenagers know they have a right to walk in peace” on yesterday. Now they’re just ready to get the case over with.

The jury on the June 10th trial for George Zimmerman will ultimately decide his fate and justice of Trayvon Martin.

After a year, has your opinion changed on who’s responsible for Martin’s death? Think about all the media coverage, interviews, articles and evidence you’ve seen or read over the last year. Was Trayvon Martin up to no good that night or was George Zimmerman looking for a fight? Tell us your thoughts!