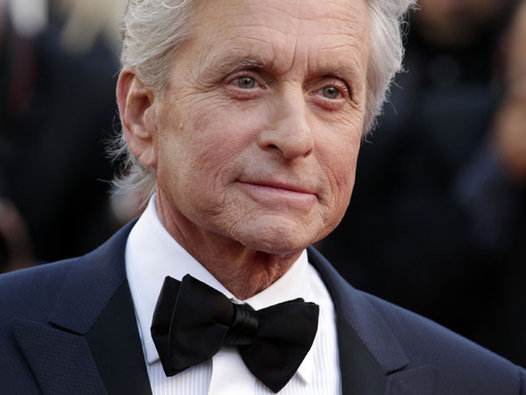 The Huffington Post reported that Hollywood actor, Micheal Douglas is a cancer survivor and has been cancer free for over two years. Some of you may remember when he came out to the public about his illness in 2010, but now he’s in remission and doing well. However, while the 68 year old is in a clean bill of health now, speculation recently took place over an interview where Douglas was believed to have revealed that his throat cancer came from oral sex.

According to The Hufffington Post, Douglas conducted an interview with The Guardian Newspaper where he supposedly revealed that his oral cancer originated from a form of human pappilloma virus or HPV. As it turns out, a rep for the actor came back and kind of retracted the confession that  Douglas’ sickness was due to oral fun time by saying “In a discussion with the newspaper, they talked about the causes of oral cancer, one of which was oral sex, which is noted and has been known for a while now,” Allen Burry said, a spokesperson for Dougals. Either way, I felt that this story would be a good learning opportunity for my readers.

Now I know I’ve given you plenty of bedroom advice and stories in the past but I wanted this post to be a little more informative. Here is a little factual information about the HPV-16 virus strand that’s been found to lead to oral cancer.

As reported by the Oral Cancer Foundation:

Two types of genital tract HPV in particular, HPV 16 and HPV 18, are known to cause the vast majority of cervical cancers, and new studies show that one of them,HPV16, is also linked to oral cancer as well. In the oral environment HPV16 manifests itself primarily in the back (posterior) regions such as the base of the tongue, the oropharynx (the back of the throat in the mouth), the tonsils and the tonsillar pillars. These oncogenic or cancer causing versions of HPV are also responsible for other squamous cell carcinomas, particularly of the anus and penis.

Here’s my advice for this one guys, GET TESTED. The article didn’t say when or from whom Douglas contracted the virus ( he’s currently married to actress Catherine Zeta-Jones) so those interested  can only assume or speculate a time frame. It’s better to be safe than sorry, if you meet someone new or are in a committed relationship with a healthy sex life, still get tested. After all, who knows how long this virus could have been lying dormant in actor Micheal Douglas?

I hope this post was both informative and helpful,. Thanks for stopping by.