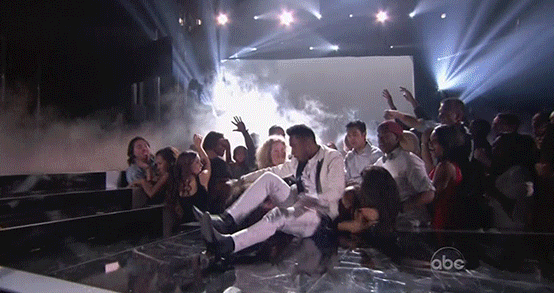 We live in a litigious society and everyone is subject to being sued at any given moment.  Unfortunately R&B singer Miguel’s great performance did not end so well when he decided to take a leap of faith from one stage to the next.  When he landed on top of the young ladies head he quickly released her head from up under his leg and continued to sing.  It was an unfortunate mishap but when at a concert you take a risk when you decide to be hanging all over the edges of the stage.  I am almost positive that out of all the woodstock and rock concerts I am sure that fans have encountered some scratches and bruises.  If you are a fan and you are in fear of getting hurt at a concert it might be best that you stick to going to Broadway, Opera , or a nice orchestra performance. 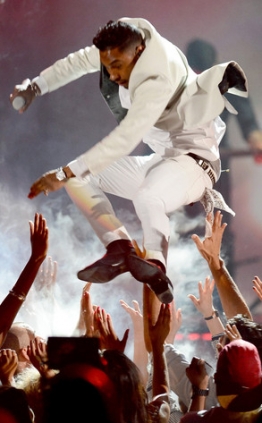 The fan is stating that she may be suffering from brain damage.  She is currently awaiting the results from the Neurologist.  Depending on the results she will decide whether or not to proceed with the lawsuit.

Do you feel she is doing the right thing? or do you see this as an opportunity for her to cash in on this cash cow?  Being a celebrity is not always what it is cracked up to be.  For the most part you spend more money in legal fees than anything else.  Take a look at the video above and comment on the post below.