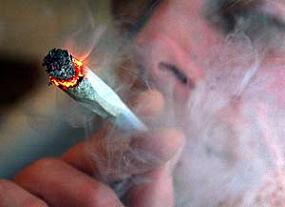 The legalizing of “Mary Jane” as some may call it, has been an ongoing debate for years. Many people believe that the effects of the drug are to minimal to be counted as an illegal substance and therefore have urged their governments to make it available to the public as a legal, purchasable item. Many states, such as California, Washington and New Mexico have done just that, by legalizing marijuana for “medicinal”(because we all know that some these medicinal purposes are not really medical issues) purposes. However, the results from a marijuana study may have all Americans voting to give weed the “go-ahead” across the nation.

According to The Huffington Post, police are using extreme amounts of energy and man power to reprimand weed users and Americans are dishing out big bucks in tax dollars for the offenders arrest. The report by “American Civil Liberties Union, found that, in 2010, a person was arrested for a marijuana-related charge every 41 seconds”. Not murder, kidnapping or rape arrests, just weed heads going to jail like clock work for possession.

The report, based on data from the FBI’s Uniform Crime Reporting Program and the U.S. Census, found that, between 2001 and 2010, there were 8.2 million marijuana arrests, 88 percent of which were for possession. Pot arrests comprised 50 percent of all drug arrests in the U.S. in that same time period. Pot arrests cost taxpayers a lot of green. In 2010 alone, the report said, “states spent a combined total of over $3.6 billion enforcing marijuana possession laws.

And of course the study revealed that Black people were four times more likely to be arrested for possession than Whites even though both races use the drug at about the same rate.

This is one of the reasons why the prison population is overflowing with minorities such as Blacks and Hispanics. We already know about the racial profiling involved in the law enforcement system, and additional studies have proven it time and time again so I won’t go into detail about that now. However,  I do find it amazing that our law enforcement officers have been spending the majority of their days and man power catching weed heads instead of murderers and child molesters for example.

Anything used too frequently without considering moderation can be detrimental to a person’s health and that includes smoking pot everyday. So I’m sure that long-time Mary Jane users will have had something effected by their drug use. Yet, I’m not sure if our police officers should be spending so much time on a minimal issue compared to all the other more serious crimes being done, not to mention that Americans are funding these jail and prison stays that are only continuing to get more crowded because a large majority of inmates are in for minor offenses such as possession.

What do you think? Should all  the states legalize marijuana? Will the country generate more money back into the economy if millions of tax dollars are not being put towards Mary Jane arrests?