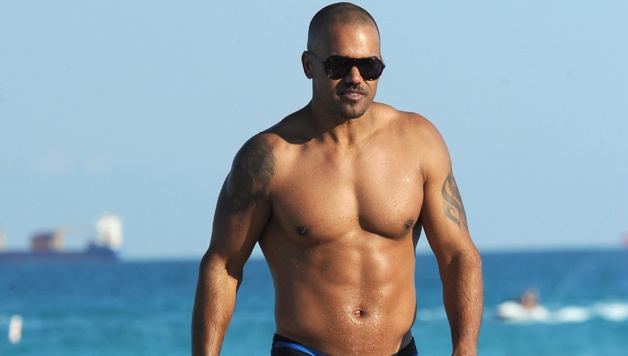 In the words of actor Tyler Perry’s character Madea “Don’t hit that woman, let me get you some mace”. Actor Shemar Moore has had his run in with the cops! This time it was not a petty traffic citation.  But instead police were called to his home,  and not by him. This past weekend the African American actor had a gathering of friends at his home. The cops were called by a female who attended the party claiming that Moore assaulted her! When cops arrived they found no bruises but the woman “crying wolf”.  Allegedly a party member pushed the woman into the pool, when she got out she asked Moore to come in and he arrived with towels. Shemar Moore told police that the woman was pushing Shemar Moore to get in and he acted in self-defense by pushing back and asked her to leave.  No one had any visible bruises, so no one was arrested. Cops are still investigating; it’s highly unlikely anyone will be charged with the crime.  However,  this is a classic case that if had been escalated could have exploded into a media frenzy.  In a stereotypical case, when a woman calls the police about a man attacking her, the police immediately takes the woman side.  Views are apparently starting to change.

But for example the movie “a thin line between love and hate” showed a woman who hurt herself claiming to the police that her lover had assaulted her. Not to say, that every woman does that, but has been proven in cases in  the past! But there are some women who do lie about being hit to create more havoc in an effort to seek revenge on their lovers. In the world we live in today, when a domestic violence call gets to 911 dispatches usually the man goes to jail or both parties.  There are men that beat on their women.  But there are also some men, specifically who are wealthy, who sometimes are in bondage in their own homes by wives who once accused them of abuse.  These women divorce them and take all of their money. Either way domestic violence in general is wrong. If you can’t converse with a person without fighting just be cordial and keep living separate lives.  Also if you are married and you experience domestic violence think about it, maybe he or she does not truly love you but rather loves to see you hurt.

So now the question is was Shemar Moore being a brute? or was it simply self – defense? The truth of the matter is he was not arrested or charged with anything…So you do the MATH!  In the meantime check out my new book “Am I in a Bad Relationship”