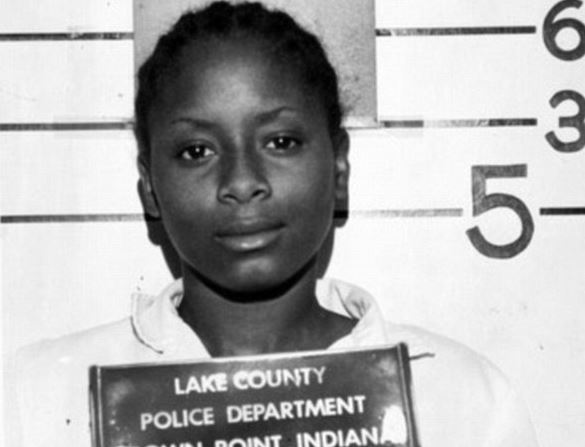 Paula Cooper was once the youngest person in the country to receive the death penalty at 16 but now at 43 years old, she has received her freedom papers. According to USA Today, Cooper, an Indiana woman convicted of killing a 78 year old Bible teacher along with a few other teens at the time, was charged for murder at 15 for the stabbing and convicted at 16 and given the death penalty in 1986.

USA Today reported that “the Indiana Supreme Court commuted the death sentence in 1989 and sent her to prison for 60 years”. While there she got a college degree and tutored other inmates which helped earn her an early release. She left prison today and went to an “undisclosed location to get a new start with at least $75, a new outfit and a bachelor’s degree”.

I have mixed feelings about capital punishment but the article in USA Today said nothing about Cooper being released because she was innocent. Yet after serving 28 years in prison she was released for “good behavior”. I’m sure that 28 years is enough time for anyone to re-evaluate their life and figure out what went wrong but from the looks of the article, Cooper is still guilty for the part she played in the crime.

Does this signify that crimes should be pardoned after a certain amount of time? If the culprit commits a crime, goes to prison and is the ideal prisoner, does that mean they shouldn’t have to carry out the judgment that was given to them? I would say that these would be the questions posed from the victims point of view or their family’s . Then again, the “second chance” factor comes into play. Sure Cooper may have done something wrong but does that mean she should not be given a chance to try and redeem herself and suffer for it the rest of her life? Even if she or anyone else was responsible for taking another life?

How do you think Cooper will adjust to being in the real world again? It often doesn’t go over well for many former inmates once they’re released, with many of them resorting back to crime for lack of employment and other basic necessities to live. What are your thoughts on capital punishment? Should Cooper have died like her victim or does she deserve this second chance?