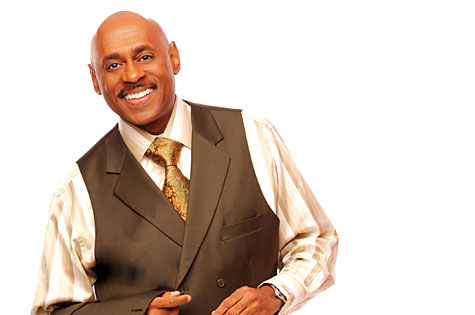 It’s often not  a pretty sight when things held in the dark come to light and often times it involves a lot of scandal, black mailing any other negative collateral against the person being affected. This was the case when ObnoxiousTV, broke the story of Paul Morton’s child he had out of wed-lock forty years ago.

Basically, according to ObnoxiousTV, Morton supposedly denied the existence of now forty year old Ane’tra Hawkins because acknowledging her would not have been a good move for an aspiring preacher back when his career was starting. Hawkins’ mother is now deceased but OTV reported that once Hawkins’ mother and Morton’s relationship was over and the pregnancy was discovered, Morton did financially support the child for 18 years.

OTV also reported that once Hawkins became of legal age, more money was requested and blackmail followed soon after. That’s when things started to get a little messy.

As reported by Obnoxious TV:

.Bishop Morton requested to legally establish paternity through a DNA test — something he had never requested before. Ane’tra’s mother Elaine denied his request to legally determine if the child he had taken care of for 18 years was actually his. As a result, Bishop Morton decided that “all contact and financial support” would end.

Everyone is entitled to a past but any man who is in Christ Jesus is a new creature…2Corinthians 5:17 and Paul Morton is not excluded to that.  In the video, he admits that he has made mistakes in his life and as far as this one goes, he did make attempts to make it right. From the sound of it, after forty years, this sounds like a like an attempt to seek funds from a prominent, successful leader in the Christian, and like Morton said take “away his influence”.

In my opinion, Morton is dealing with this skeleton in his closet with grace and integrity. He does not seem to be hiding or running away from his truth and seems determined to make things right by exposing all aspects of the matter.

Thank you Paul Morton for quickly addressing these allegations and doing rumor control in the “spirit if a true leader”.