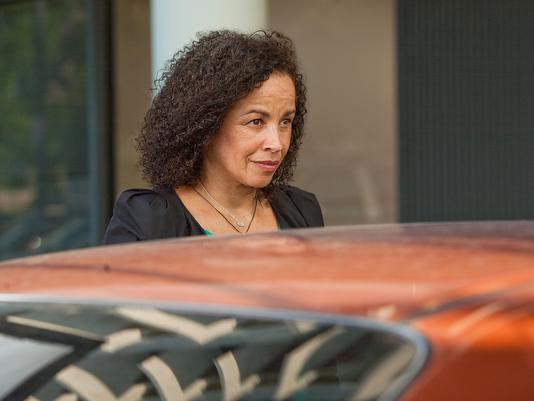 One of the most influential and respected women in the world Miss Oprah Winfrey is not on someone’s good list!Former co-star Rae Dawn Chong calls Oprah a field Nigger! Allegedly, during a candid June 27 interview with internet radio show, Matty P’s Radio Happy Hour, Chong, who starred alongside Winfrey in “The Color Purple,” blasted the Queen of Media describing her as “great brown-nose” and “field nigger.” She was recorded in the interview and I quote, “The thing that’s really great about Oprah that you can’t take away from her is that she’s a great brown-nose,” she admitted in the audio clip obtained by TMZ. “If you were in a room with her, she would pick the most powerful person and she’ll become best friends with them. When we worked with her the one thing about Oprah, she was that fat chick that was the wannabe cheerleader in school that was the student council president that was best friends with the principal…She was that fat chick in school that did everything and everybody loved her. That’s Oprah.” She completely is clowning on Oprah what should have been asked was why does she have a somewhat underlining issue with Miss Oprah Winfrey. For her to allegedly say things like this and I quote. “You got to respect her no matter how vile she is, ultimately because she’s all about Oprah and she’s boring,” she continued. “But aside from that you have to kind of go, ‘hello, hats off. You’ve done an amazing thing. You have actually shifted the DNA of the Universe.’ In terms of thinking of power structure, if you looked at the way she looks, she looks like if it was 60 years ago she would’ve been a housekeeper, luckily. She would’ve not been a house nigger; she would’ve been a field nigger…so I give her props.” So in other words she is saying subliminally that she gives Oprah props for all her achievements because 60 years ago she would be a field slave. Was it her way of being respectful or trying to be shady?