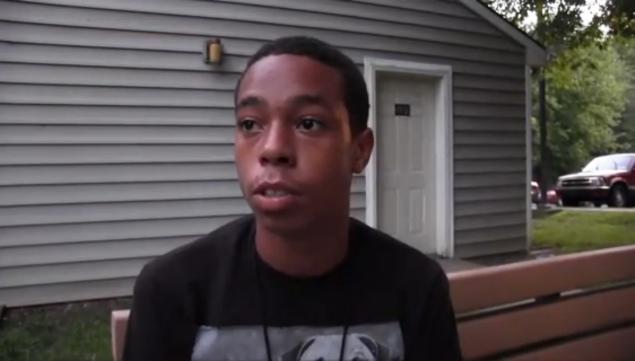 Many people may still be frustrated and hurt by the “not guilty” verdict of George Zimmerman in the killing of Trayvon Martin but in spite of this disappointing news for some, today a young Black boy along with his teenage friends, saved a life from being taken.

According to New York Daily News, a five year old Pennsylvania girl was abducted from her grandmother’s yard last week by an elderly White man by supposedly luring her into his vehicle by promising her ice cream. Fifteen year old Temar Boggs and his friend Chris Garcia were helping a friend move furniture when they got the word and decided to help out.

Boggs, Garcia and a handful of others took off on their bikes and searched  some woods and a nearby creek before spotting a maroon car with a white-haired  man and a little girl inside, the site said. Boggs said he and Garcia went after the car. After making a few turns in the  neighborhood, the man opened the door and pushed the little girl out of the  car.

NY Daily News reported that Boggs took the little girl safely back to the police where she was reunited with her family. Unfortunately, the kidnapper is still on the lose.

Society always wants to stress and stereotype the African American male as thuggish, lazy, uneducated and basically not worth a second look. They rarely highlight those that are striving to achieve and then even downplay those same achievements at times. In this case, a young Black boy was not “running the streets” up to no good or looking suspicious in his neighborhood. Boggs and his friends were giving a helping hand, cooperating with police and Boggs was thanked for saving the life of a child, not being accused of trying to cause her harm like her White, elderly abductor most likely would have done or worse.

Do you agree that the achievements in the African American community are down graded by the media?