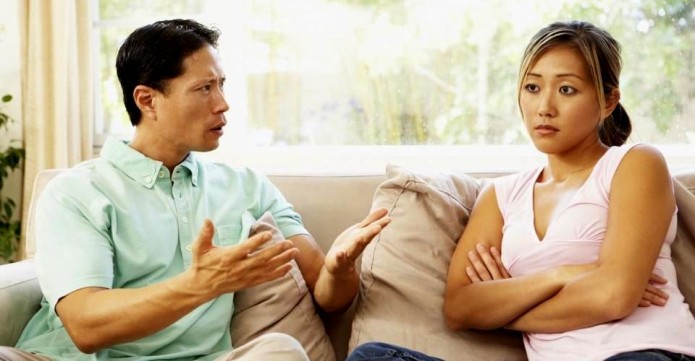 There’s a large majority of the population that would disagree with this question by answering “no”. They may something along the lines of how can two people who love and care for each and are committed to a life-time partnership, ruin their relationship by walking down the aisle and signing papers to make it official? This is true for many, but not all. Take George Clooney, (he did get married once during the 80s I believe) Oprah and Stedman (never married), Joy Behar (eventually married her long-time partner after her divorce) and until recently (she married for long-time boyfriend of over 20 years this year) Tina Turner. All have either sworn off marriage at some point, decided to do it late, much later in life or have never even taken the plunge. All except one of the a fore mentioned celebs had already been with their significant other long-term before deciding to marry (for those that did).

Then again, sometimes when a couple takes the plunge after extensive dating, it may seem like getting married made the union unravel quicker. Music and media mogul Russel Simmons met his ex-wife Kimora Lee Simmons in 1992. They dated a few years, got married, had a family but then divorced in 2006. Same sad songs for many civilians and celebs alike. On the other hand, Brad Pitt and Angelina Jolie have been together since the mid-2000s and have six kids kids but are not married and veteran actor and actress Kurt Russell and Goldie Hawn have been in non-marital bliss since the early 80s. Maybe these anti-marriage folks know something the folks with rings don’t? Hmmm….

Since I mentioned Russell and Kimora earlier, it’s fitting to mention that Kimora’s other ex and baby daddy, actor Djimon Hounso is also anti-marriage. I can understand a divorcee being against marriage but why would someone who’s never been married be so against it? Is that why he and Kimora broke up? She wanted them papers and he refused?

To be clear, I don’t think marriage itself “ruins” relationships. I credit failed relationships to the unresolved and or dormant problems that were present before the marriage, whether they be physical, emotional or spiritual.  Marriage brings a deeper level of exposure than dating so it’s probably going to be more difficult to mask or ignore those issues that were always swept under the rug before vows were exchanged.

What do my readers think? Are any of you unmarried but in a long-term relationships? Do you think making it official will ruin what you have or do you have another legitimate reason for not putting a ring on it?