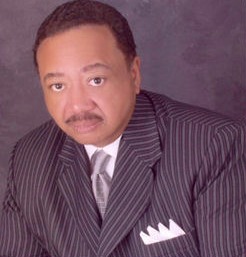 We’re all entitled to a past; good or bad but some of us don’t like to acknowledge  that we have them. Life is all about transformation, evolving and bettering yourself as the years go by. A preacher of the Gospel, should be all to familiar with this type of growth as they use the Word of God to provoke change in their own lives and of those they help lead. However, what is there to be said about a minister of the fold who may not be practicing what they preach?

According to Chicago Now, Pastor Bill Adkins, of Greater Imani Church in Memphis, Tennessee, had several illegitimate children  according to his daughter,who is calling him out on it through the world wide web. LaShonda Matlock, Pastor Adkins alleged daughter wrote a blog where she describes her supposed father’s affairs, her personal struggles and his lack of acknowledgement towards her. “I grew up in an upper middle class family that happened to be five blocks from my father’s church. He never visited, but I always knew he was there”.

As reported by Chicago Now:

As he began to exit the shop I realized my chance was almost gone and I had to do something quick. I started to run towards him, but his armed bodyguard saw me and reached for his gun. I slid to a halt and knew the only thing I could do was yell, so I did. “I forgive you,” I shouted. He nodded. That was my only acknowledgement I have ever received.

Now the validity of this story is still in question but either way, LaShonda made it clear that she is not too keen on just forgiving and forgetting this whole ordeal, stating that “as I write this I know people will say I did the right thing. That as a good Christian it is best to forgive and forget. Well, I don’t follow those same beliefs anymore”. While putting her business and that of her alleged father out on front street may not have been the most subtle approach, it does raise some prominent questions within the church community.

Whether these allegations are true or not, I’d like for my readers to consider the seriousness and overall damage these types of actions can cause in the church community. For one, the church can’t be effective in winning souls over to Christ, if the disciples are being under-handed or hypocritical. Second, hurt people, hurt people. If in fact you are in a ministerial position and are practicing things contrary to the Word of God, take it upon yourself to go on sabbatical! We all fall short of His glory and that’s okay but don’t keep falling deeper into the pit without taking the time to pick yourself back up again. AMEN church!

In your opinion, are we seeing more of this in the church? Are people just preaching the Word instead of living the Word?