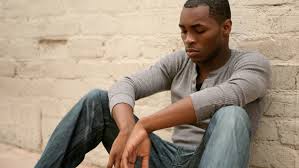 Ferguson Fury is all over the land this morning. However, my question is , “Why are we so angry?”  First things first congratulations Darren Wilson on your new marriage and retirement from the force.  The secret of the resignation slipped out yesterday.  I hope you have a wonderful life, Michael’s parents life has been forever changed.   America is today in a conundrum. This is another blow to the face of Black America in my opinion.  It appears that killing young black males is of no consequence at this time. There actually seems to be open season on the death of our young men. Yesterday was so very interesting for a number of reasons.

Not one time did the issues of the young man being unarmed make it into the findings. Well I will tell you, “Life ain’t been no crystal stair for Black folks.” I am concerned. I am very concerned because the violence has already started. I agree that violence is not the answer, but it is going to be pretty difficult to convince, a group of people that are watching social injustices and the killing of their peers daily- weekly and monthly, to be non-violent. With Social Media-SM (SM, by the way the DA had a problem with SM) there are no longer any secrets in America. Freedom of speech has herald into an all new beam of transparency. We must keep our focus on Ferguson, but not forget to turn our attention to the 12 year old in East Cleveland who was killed a few days ago, also unarmed.  Now if you call a B-B gun a weapon, we will have another loophole in the legal system. Is there justice in America anywhere? Let’s not forget to turn our attention also to New York. Wasn’t there another young man killed in this city within the past week? I guess all young black men must just go to work, home, sleep and the restroom. Is there any place safe anymore? Watch your backs!

I must once again share that this generation might not be as non-violent as the generation in the 60s. There must be swift action taken to put some laws in place to deal with what is perceived by many as social injustice. We are angry because we had hope. There is nothing like lost hope. It’s like imagining that a positive thing is going to happen that never materializes. Like waiting for a father who is incarcerated to come home for your tenth birthday party, it ain’t gonna happen.

Another sad day in America,