Tamar Braxton’s Departure from The Real

The world of social media went crazy lat night when The Real confirmed news of Tamar Braxton’s departure. As you may recall Tamar Braxton, sister to iconic R&B artist Toni Braxton, was arguably the most popular show host on BET’s The Real. Two days ago, Braxton took to her Instagram to exclaim that she had been betrayed by a close friend and she reportedly unfollowed several of the other cohosts. Shortly after, rumors surfaced of her be 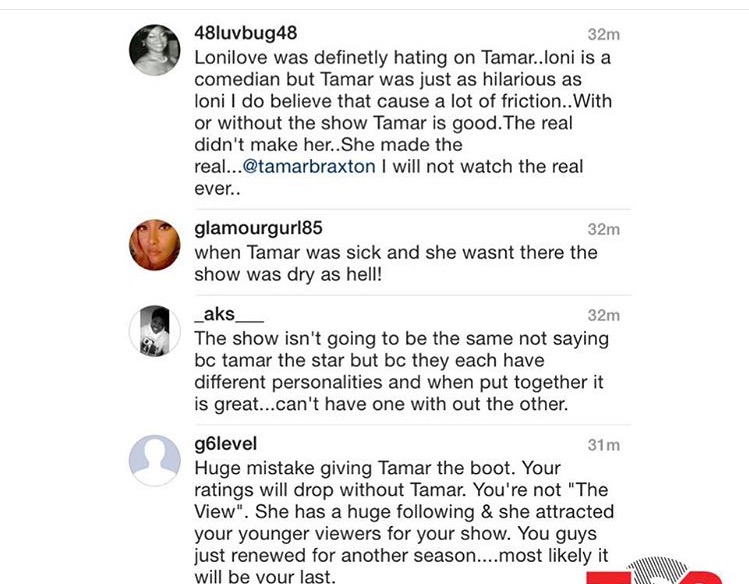 ing fired. Finally, The Real’s explained a mutual agreement with Braxton on her leaving the show. Fans did not hesitate to express the their feelings on The Real‘s Instagram account. With the show being aired on BET and incredibly relevant to middle-aged black women, most viewers tuned in to see Braxton. She brought hip, aggressive, real-world, and classy Black Girl sass to the show. Due to her affluent presence and industry connections, many believe that her departure will result in a substantial decrease in ratings for the show. 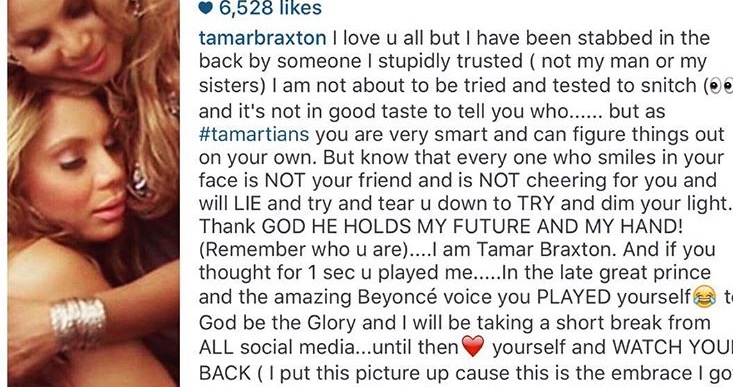 What does Braxton’s eloquent commentary on her departure tell us? Braxton kept it all the way real with her Instagram caption addressing her future steps with coworkers and former workplace. It shows a strong line of defense to combat betrayal, discontent, and contempt. It also shows that Braxton will not tolerate ideals and vibes in her zone in her places of hard work and contribution that leave her vulnerable. These are things we hope that others can take from this. Once you develop your-“self-law”, you will learn to leave places of discomfort and unhappiness.

Braxton is currently focusing on her solo career. We hate to see thriving women walking away from powerful platforms and we hope she continues to cause positive social impact for women all over!