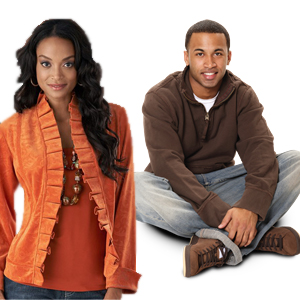 Note: the names and places in this blog post have been changed to protect the identity of the individuals.

J.C. is a Louisiana native and a sophomore majoring in Math at Morehouse College.  As a result of difficulties during the Spring semester, he subsequently decides to enroll in a summer course, one in which he finds the professor to be quite exceptional.  Throughout the course, J.C. develops a respectable relationship with her, so much that fellow students refer to him as the “teacher’s pet”. Despite being teased, J.C. continues to enjoy his professor’s attention, and even thinks about leaving Morehouse to go to the school where she is tenured. Having finished the course, J.C. successfully insists on helping around her home with odd jobs in return for Fall semester funds.

One balmy Saturday night in Atlanta, while J.C. was supposedly tidying up his professor’s home, he stumbles upon her bedroom, where she seduces him. Despite his initial refusal to her advances, he finally gives in and lets her take control. Over the course of 2 hours J.C. is taken for a ride, the kind where his toes curl and his earlobes go numb. In fact, he has to dial 911 to get from her bedroom to his old raggedy car for fear of being pounced on again.  He goes home and sleeps until Monday morning when it’s time to register for classes. He’s hungry, but can’t eat;  he’s wet, but won’t change his diaper (if you know what I mean). J.C. has OFFICIALLY been turned out, and eventually…he comes to love it.

Although J.C. just had some of the best sex in his life, there is a dilemma: his professor is a cougar, the same age as his mother, and married to a prominent physician in Atlanta. In return for his “services” to her home and herself, “Ms. Cougar” says she will take care of J.C’s tuition fees, books and will even upgrade him to a 3-Series convertible. Although he will have a sizable perks package, he will be helping her commit adultery. What should he do? What would you do? Does finance play a role in Cougar relationships? Are you a Cougar? Have you ever dated a younger man or woman? Is this something that seems also appetizing to you? Let me hear your comments…Feel free to be transparent.(As Much as Possible)

Here at AskDrO.com we are declaring this “Mental Health Awareness” week. With this, we want YOU to go to our site and take the  Dr. Owens Pre-Screen Mental Health Assessment and check your current mental health status. We are here for you!