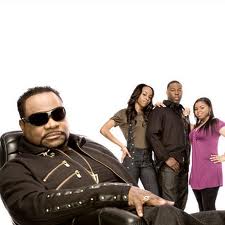 Although the numerous media discussions and banter are a little more quiet, as it relates specifically to the Eddie Long case, he is NOT out of the woods yet. Many of us have moved on from the intense-rhetoric of several weeks ago and some of us have even prematurely formed our very own opinions.  However, we are  all convinced by now that  “Something is Rotten in the State of Denmark”.

The specific issue of guilt or innocence has never really been a factor because this is “civil litigation.”  Now many of us attempt to go back-and-forth with whether or not this is exploitation of Bishop Long. Well, as grandmother use to say, “What is good for the goose is good for the gander!”

Here are the updates:

I must confess that I am presently more concerned about the mental health of the young men who came forth.   They all appear to be dealing with some Depression and or PTSD. Their lives will never be the same.  Their relationships will never be the same.   I am sure that Bishop Long will survive,  one way or the other.  He will never be seen the same by the  America church but does he really care? I don’t have the answer to that question, but parents don’t give your children over to anyone. Kill the sleep overs for now. If they are invited for out-of-country travel, ask questions.  Questions like, “What are the sleeping arrangements, who are the chaperones, and where will YOU be sleeping?” Parents/Guardians don’t believe the hype! The sexual abuse and molestation stuff is just about out of control.