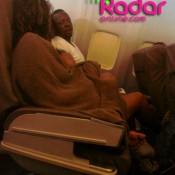 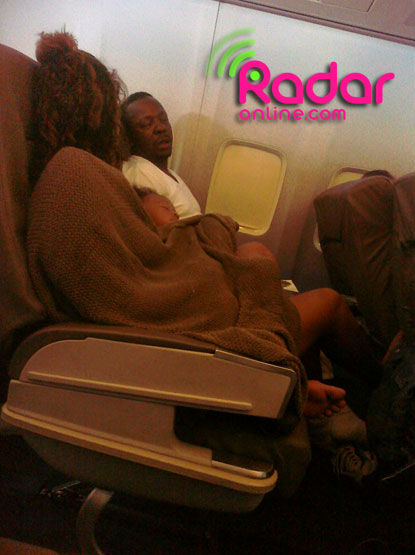 Friends Had To Help The “My Prerogative” Singer On Board

Seems like drug and alcohol offenses will continue to follow Bobby Brown and his ex-wife, Whitney Houston.

Houston was recently in the press because she chose to attend an out-patient rehab facility, and now her ex-husband is back in the news for a rumored public intoxication.

According to an eyewitness, Bobby was traveling with his wife Alicia Etheridge and son Cassius, but became so intoxicated before boarding he almost didn’t make his flight.

“It was obvious in the terminal that he’d been drinking a lot. He was staggering and several of his family members had to hold him up in order to board the flight,” Brian Brown (no relation), who was taking the same flight, exclusively told RadarOnline.com.

“Security had to check his sobriety and kept him at the jet bridge entrance until finally letting him board.”

“He reeked of alcohol and his wife had to help him recline his seat,” Brian said.

“He was passed out for almost the entire three hour flight!”

Bobby, 52, has recently declared that he’s “six years sober from drugs,” but it seems the same cannot be said for alcohol.

Bobby has struggled with substance abuse since the early 90’s and in 2004 he was arrested in Georgia for a parole violation on a past drunk driving conviction.

It seems like these two are only able to clean their acts up for awhile, before they fall off the bandwagon again. I’m just hoping that their daughter isn’t going to follow in her famous parents footsteps.

How long do you think that drugs and alcohol will continue to follow these fallen stars? What should be done as an intervention?