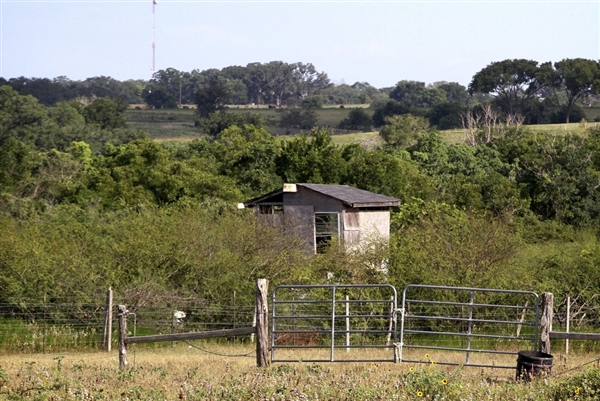 Hearing your 5-year-old daughter crying from behind a barn is a scary feeling.  But to run to the barn and discover the unthinkable, a man molesting your baby girl, is an unbearable feeling.  The father reacted instantly!  He pulled the molester off and started beating him to death with his fists.

After he freed his daughter of the man, he called 911, begging the operator to find his ranch and send an ambulance out.  “Come on!  This guy is going to die on me!”  He is heard screaming on the phone, “I don’t know what to do!”

A recording of the 911 call was played during a news conference where the Lavaca County Sheriff’s Office announced that the father, whose identity is withheld to protect the daughter, will not face charges.

Lavaca County grand jury agreed with many of the father’s neighbors by saying he was “authorized to use deadly force to protect his daughter,” in the killing of Jesus Mora Flores, 29.

Michael James Veit, 49, lives across the street from where the attack happened in a small community that is ran on ranching and the Shiner beer brewing.  Veit says, “It’s sad a man had to die.”  “But I think anyone would have done that.”

The family ranch is so remote that the father is heard screaming at the dispatcher for not locating the property.  At one point, the father says that he was going to put the man in his truck and drive him to a hospital.  The roughly five minute call shows one side of the father’s character.  The fact that he was so concerned about the man he just beat up for molesting his daughter says a lot!  His defense attorney commented, “He’s a peaceable soul,” which explains it all.

Emergency crews who responded to the father’s panicking 911 call found the molester, Jesus Mora Flores, lifeless with his pants and underwear down.  From there, the girl was taken to be examined at a hospital where Lavaca County District Attorney Heather McMinn said forensic evidence and witness accounts proves the father’s story that the girl was molested.

The father was never arrested, but the killing of Flores was investigated as homicide.

A Houston criminal defense attorney and former federal prosecutor, Philip Hilder, said he would have been surprised if the grand jury had indicted the father.  He claims that Texas law provides several justifications to use deadly force, including accounts of sexual assault.  He concluded, “The grand jury was not about to indict this father for protecting his daughter.”

Authorities revealed that the family had hired Flores to help with the horses on the ranch.  He was not born in the United States, but was legally here with a green card.  The many attempts to locate Flores’ family failed.

How do you feel the jury’s decision?  Should the father been found guilty?  Why or why not?

Leave your comments below!