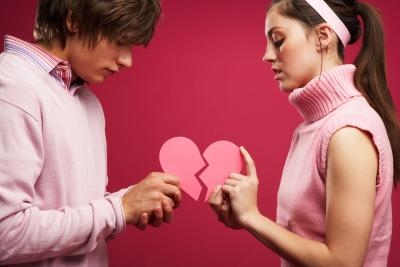 Let me just say that my first piece of advice when leaving a bad relationship, is to cast away that old thing. Don’t go back no matter how much you love him/her, how good he is in the sack, or even if the person happens to be the father/mother of your child, my first, and most adamant plea is to not return to a relationship that made you feel less than who you are. However, I know that many people choose to ignore their doctor’s advice, so I know there are some who will consider giving their tarnished relationship a second chance and maybe even a third and forth. There’s a reason you and your partner broke up, and that reason will probably still be there if and when you decide to go back for round two.

For clarification purposes, a bad relationship doesn’t necessarily mean that someone is enduring physical abuse. A bad relationship can consist of emotional or verbal abuse, little to no communication between partners, infidelity, lack of support, constant fighting, showing no concern for each other or even falling out of love with someone and growing a part can all constitute to a bad relationship.

According to a press release from Kansas State University,  people involved in “cyclical relationships” couples that continuously break up and get back together, are no better off rekindling their romance than they were before the break-up.

As reported by Kansas State University’s News and Editorial Services:

KSU also reported that even couples who are cyclical while dating, will most likely continue the process upon entering marriage and that their overall satisfaction with the union decreases greatly. “Additionally, spouses who were cyclical before marriage were also more likely to experience a trial separation during the first three years of marriage”.

TV and movies make getting back with a former lover seem romantic and almost willed to happen. And to be honest, sometimes it is. There are couples who break up for a while and then get back together later in life and live happily ever after. But keep in mind that this is more of an exception instead of a generalization.

So, if you and your lover have ended your relationship, don’t, I repeat don’t go back. I know you may feel lonely, depressed, or still have feelings for him/her but before you let those feelings drive you to come crawling back, think about how that decision will effect you in the long run. Put it this way, all that time you sat around wishing, hoping and praying to get back with him, could have caused you to overlook the right person you’re meant to spend the rest of your life with.

For more insight on bad relationships, check out my new book, “Am I in A Bad Relationship?”