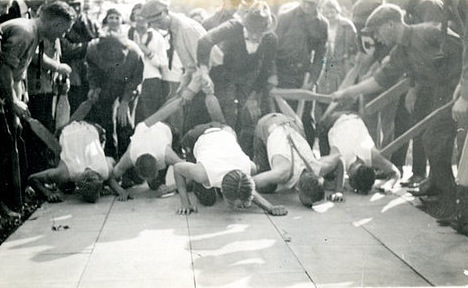 The school year is about to end and thousands of kids will be heading off to college in the fall. Therefore, I felt it appropriate to address a re-occurring issue lately among college communities; hazing deaths. College is a time for young to people to explore who they are, define their interests and meet new people. It’s often many kids first time away from home, so many feel compelled to branch out and do things that they wouldn’t normally do outside their comfort zone. Things like going to secluded parties, drinking and joining an organization, like a sorority or fraternity.

Now, I’m all for brotherhood/sisterhood, unity and life long bonds but I’m not willing to risk my life for it. It often baffles me how many people want to be a part of a sorority/fraternity or other social group or club and don’t really know their reasons for wanting to join in the first place. Many people say “my mom was a …..” or “all my aunts/uncles were….” or “I just like how they carry themselves”. If your only reason for committing to be a part of something is because you like their presentation, you probably should spend time investigating a bit more. I’m sorry but if I’m going to invest my time, money, energy, and risk endangering myself, I’m going to base my dedication on more than what I see with my naked eye, how many family members joined and what I read on the informational board about them. If you don’t know what or who you stand for, you’ll fall for anything.

I say all this because another fatal hazing event has surfaced, this time at Virgina State University. I’m sure you all remember the death of FAMU student, Robert Champion, who’s death was ruled a homicide due to a hazing incident gone wrong. This time, two freshman  tried to cross the Appomattox River for an alleged hazing event for an unsanctioned social club entitled “Men of Honor”. So now I guess every college organization feels the need to enforce hazing initiations?

According to ABC News, at least four men have been charged with the alleged hazing deaths of 19 year old, Marvell Edmonson whose body was found in the river Monday and Jauwan M. Holme, who has yet to be found. The two young men were swept away downstream around 1:30 AM Saturday. Police have arrested three of the men involved, one has not been located as of yet. 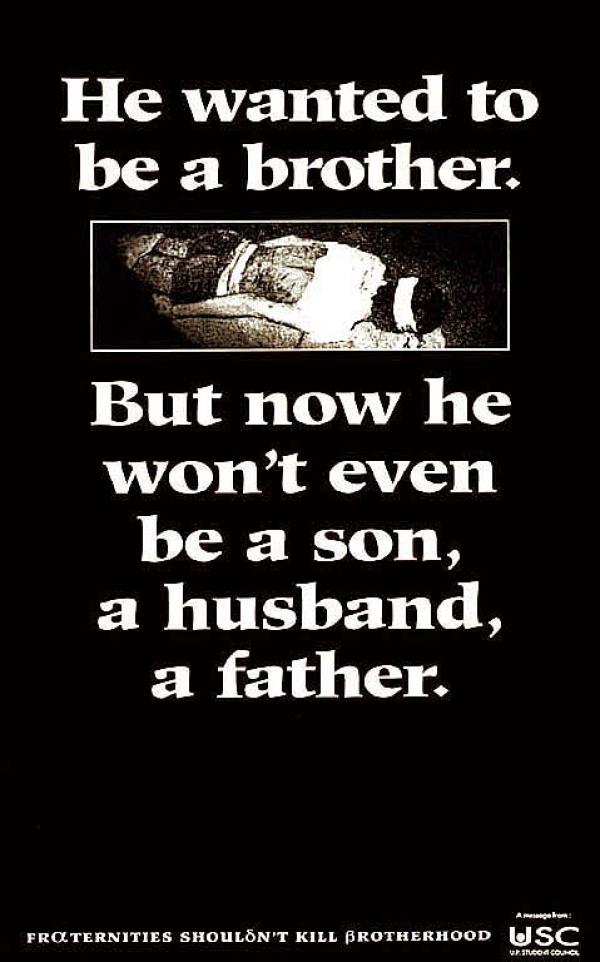 I realize that there are a number of young people that desire acceptance and long for a sense of “family” that they have lacked throughout their lives. I also understand that sometimes sororities and fraternities provide this missing link to those seeking it. However, is it necessary to haze people in order to form this type of bond? I mean we don’t initiate or friends, and we choose them. Most of these organizations have to select you in order for you to be a part. Don’t get me wrong, not all hazing is fatal or as serious as this, some organizations may only require that you wear or can’t wear certain colors or you have to endure some mild embarrassment for initiation but it should never go to the point wear the process of joining a voluntary group inflicts pain or causes death.

A lot of what goes on in fraternities and sororities is a part of their tradition and hazing is a part of the tradition of joining organizations such as this. However, while tradition can be good and allows for protocol to be kept, I don’t see anything wrong with amending a tradition, especially when the old guidelines no longer work or apply to the current situation. I know this post may sound a little biased but I’ve heard some horror stories in my day regarding this matter, so I have a pretty deep rooted opinion about it. Unfortunately, the process for becoming a member of sororities and fraternities are usually kept secret only known to those a part of it so we may never find out what else may have happened to the two VSU students on the night of their death.

Parents, I urge you to inform your kids about things like this. I’m not discouraging anyone from wanting to experience being a part of something like this but parents and all others reading, I am asking you to inquire more about the things that you commit yourself to. Don’t just do something because your friends are doing it, you want more friends, it’s popular or you think it will get you some sort of prestige. If you’re not comfortable with doing something and your gut is telling you to back away, listen to the feeling. If you couldn’t or barely could swim (I don’t know if this contributed to the boys death or not) and it was you standing on that river bank, would you have still tried to walk across the river to gain acceptance? Would being a member of that group been worth dying for?

What are your thoughts on this?