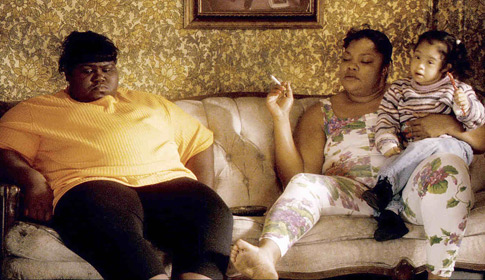 I know that it’s customary to celebrate our mothers but the sad truth is that many people don’t have much to celebrate about their moms. Those of you that have been neglected, hurt, abused or abandoned by your mother, probably don’t feel like showering her with love and gifts upon seeing her.One of the worst feelings to endure is wanting something you can’t have, especially if you’re in need of it. Wanting love from someone like a mother, that’s supposed to give it to you if no one else does, can be a challenging thing to get over.

The most recent (2010) statistics from child neglect indicated that around 78 percent of kids are neglected each year. Keep in mind that neglect can mean a number of things, both physical and emotional, so it’s not just  physically leaving a child alone. If your mom never supported you as a child,  encouraged you in school by helping with homework or going to recitals, rarely comforted you in times of need, verbally abused you, barely hugged or kissed you or never even said “I love you”, then you were most likely a victim of abuse. According to Irving Studios, “neglect can consist of ignoring needs, physical or emotional neglect, distancing, inadequate supervision, not ensuring enough schooling, discrediting the child’s needs”.

It’s worse than sad to physically have a mother that doesn’t know how to be a mother, therefore leaving you to literally feel like a motherless child. The above video clip is from an episode of Iyanla: Fix My Life on OWN, and let me just say that this episode was powerful and just in time for people that may be dealing with the affects of being neglected by their mother. In most cases, abuse is cyclic, and yes neglect is a form of abuse. In the clip you see that the mother admitted (for the fist time on the show) to being sexually abused as a child and that her mom didn’t protect her from getting hurt, so in return, she didn’t know how to deal with or prevent her daughters from dealing with the same things. The apple never falls far from the tree, so she ended up passing all the hurt and lack of teaching that she experienced as a child, to her own kids. And as we see in the clip, if you don’t deal with these unresolved  issues, they will follow you into adulthood.

As reported by Irving Studios:

Children who are victims of neglect often develop negative self esteem, are abandoned, neglected and may be emotionally delayed. They may turn to other things, both positive and negative, in order to meet their needs (drugs, alcohol, games, guns, street kids). Neglected children may develop passive aggressive personalities. Through negative imprinting, they learn by example, and often grow up to be abusive parents. There are often no outward signs, physical or other of child neglect (such as bruises), so children often internalize the impact of neglect.

If this is applies to you, this may be a good time to start your healing process. There’s no sense in faking what isn’t there. If you know you and your mother’s relationship is strained due to neglect or some other reason, use today to start to make things right. Nothing happens overnight. Words will be exchanged, lies may be told and yes, tears will most likely be shed but if that’s what it takes to get everything out on the table than so be it.  As a licensed professional, I would advise you to seek out a mediator in the form of a therapist or family counselor that can guide you and your family through the process to ensure that you and your loved ones are deliberating your feelings in a healthy and proper manner.

I hope this post was helpful in some way and I pray that those who needed it will make their way towards happy, loving, truthful, meaningful and forgiving relationships with their mothers. Thanks for stopping by.