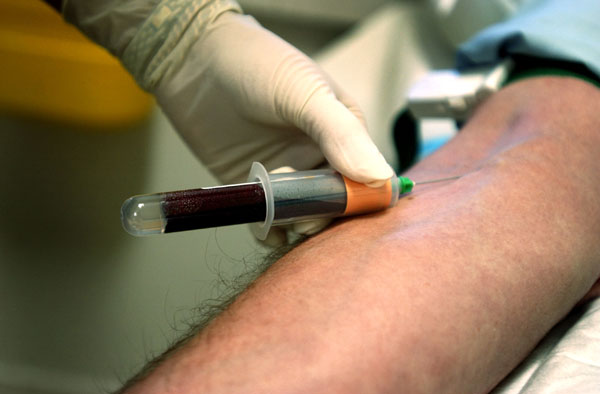 Suicide is a growing epidemic, especially among younger generations of people. As a matter of fact, suicide is the the third leading cause of death for people between the ages of 10-24! Knowing that, you would think that medical professionals would have  “sure fire” ways to prevent such events or at least help to determine who’s struggling with thoughts of ending their life but unfortunately, it’s not that simple.

It’s much easier to determine a physical ailment because it’s tangible. Doctors can see it, touch it, examine it, run tests on it and even take samples to determine your diagnosis. But you can’t touch suicide. You can’t see someone visualizing their own death; a doctor can’t walk into the examination room and tell you you’re suicidal just by looking at you. Normally, psychiatrists run several tests; mental evaluations if you will, intense therapy and possibly medication to treat a suicidal person. However, that’s usually once a person has been diagnosed. So how can doctors go about helping to prevent suicide like when they advise patients to exercise and eat a balanced diet to help prevent heart disease or advise contraception to prevent unwanted pregnancies? There really wasn’t a way but now there might be some light at the end of the tunnel.

New research conducted by Indiana University, suggests that a blood test may be able to predict those individuals who will most likely try to commit suicide. According to The Huffington Post, Alexander Niculescu III, a psychiatrist at the Indiana University School of Medicine in Indianapolis, along with some colleagues, did a study one a select few  men to look for “biomarkers” that “can be measured in the bloodstream to signal when a person is at a high likelihood of committing suicide”.

Over the course of three interviews spaced 3 to 6 months apart, only nine of the 75 men experienced an extreme shift from zero suicidal thoughts to high suicidal ideation, Niculescu says. (Most had more chronic thoughts of suicide, he notes.) After screening the blood samples from this small group, the researchers identified five top candidates for biomarkers. Of these, a protein made by the gene SAT1, which is involved in cellular damage and stress, was “head and shoulders” above the others at distinguishing the two mental states, Niculescu says. On average, SAT1 expression was significantly elevated when the men’s interviews suggested they were experiencing suicidal ideation.

Keep in mind that this research is not set in stone. Yes it produced interesting results but the brain, where all “mental disorders” reside, is far too complex for one set of results to put the pieces of its puzzle together but it’s definitely a great head start. There are many, many other factors to consider with the notion that a blood test may be able to predict suicide but wouldn’t this be a giant step in the fight against mental illness should these studies prove to be more conclusive?