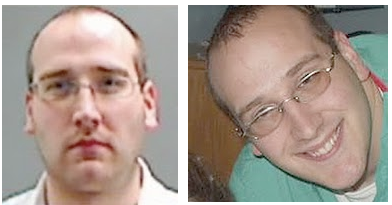 It seems like injustice is happening more and more often. Punishable crimes keep happening, but no consequences or adequate ones are being put in place to rectify them. Speaking of which, according to The Inquisitr, a pastor admitted to raping at least four young boys because he was trying to “rape away the gay” in them.

Yes, you read that right. Pastor Brent Girouex of Iowa, tried to “rape away the gay” in his young members and Inquistr reported that eight more male youths came forward after the pastor’s confession, claiming that they too were sexually abused by the man.

As reported by The Inquisitr:

Apparently, Girouex thought he could rape away the gay by “praying while he had sexual contact” with his victims in an effort to keep them “sexually pure” for God. He then allegedly told police that “when they would ejaculate, they would be getting rid of the evil thoughts in their mind.”

Yep, you read that right too. So just to be clear Pastor Girouex, you thought you could cure homosexuality with a brutal homosexual act or in your words “rape away the gay”? I’m not the only one appalled by this. The Inquisitr reported that Girouex’s wife doesn’t want him anywhere near their four children and is clearly upset at his watered down sentence to “five years’ probation and mandatory sexual offender treatment” when he was initially sentenced to 17 years in prison. She’s filing for divorce.

This definitely seems to be a light sentence for repeated sex crimes to minors especially when the culprit confessed to everything. Nothing was mentioned about the pastor suffering from some sort of mental illness, so why such a laxi-daisy sentence?

What do my readers think about this? How does this type of perversion affect the church in the long run?