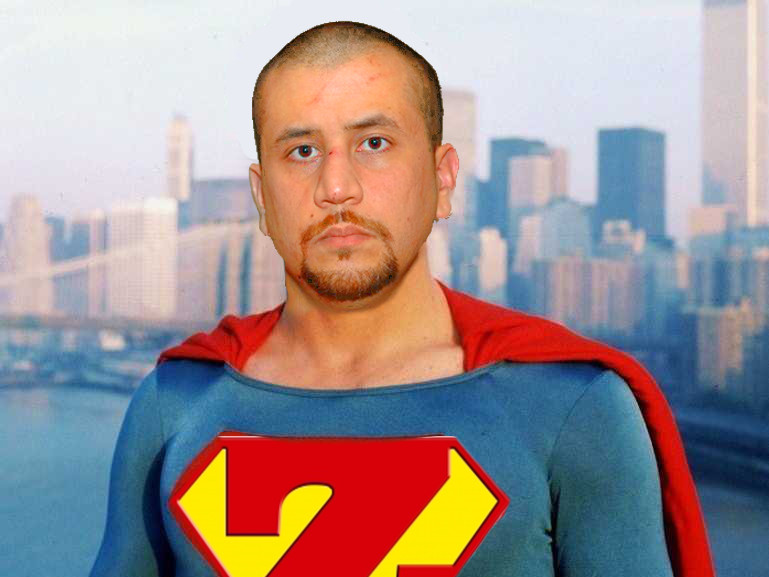 Shellie Zimmerman, George Zimmerman‘s soon-to-be ex-wife, may have been on to something when she said she thinks Zimmerman has convinced himself that he’s invincible. According to The Inquister, Zimmerman has now supposedly made gun threats towards his wife in the wake of their divorce battle. If these allegations turn out to be true, then Zimmerman must in fact think he’s some sort of god for making gun threats after he just got off killing a teen or he has indeed lost his mind from all the mega trial hype where he was acquitted of killing the same said teen, Trayvon Martin.

Really George? I think Zimmerman may actually believe he’s above the law; almost like the laws of the land don’t apply to him and he really can “get away with murder”.

As reported by The Inquisiter:

George Zimmerman’s wife Shellie called police and said he was being “aggressive.” Shellie claims George Zimmerman made threats with “hand on his gun” and may have battered her father, although the latest reports say there’s no “significant injuries.” Battery does not necessarily have to include physical injuries. But Shellie says George Zimmerman “punched my father in the nose.”

I believe Mr. Zimmerman must have a case of the “big head”. A cocky criminal is he. What’s next, another neighborhood patrol session to survey the Florida streets? Zimmerman, you’re not invincible. Your sanity may be in question judging by your alleged gun threats, but like everyone else, you are flawed with a weakness(s). I guess time will tell what your ultimate downfall will be.