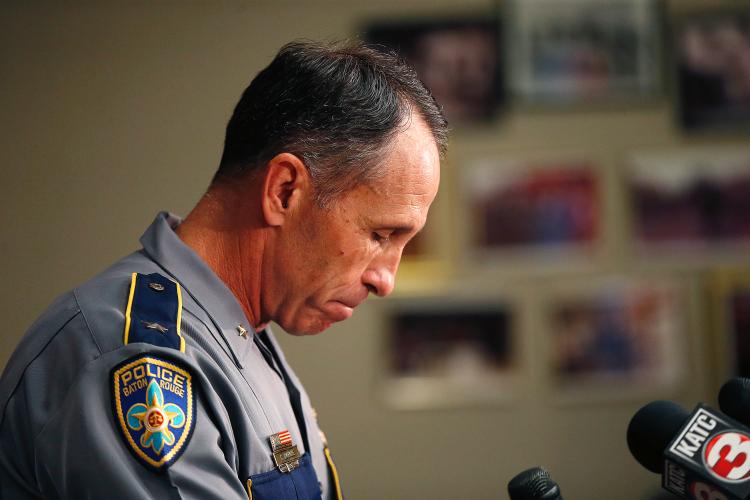 In Baton Rouge, Louisiana,  three suspects reportedly opened fire on seven police officers while being pursued about half of a mile from the  police headquarters. Sources say at least 3 of 7-10 injured officers have been pronounced dead  while the rest remain in critical condition. According to CNN, BR police received a warning concerning a man with an assault rifle. Shots were fired immediately when the police arrived at the scene. Officials say one suspected has been captured while they believe two more are on the run.

The number of deaths in the US have reached alarming numbers in a incredibly short amount of time. Though the motives behind this horrific event aren’t known, we all know that these acts of hateful crime are far from timely and far from conducive. The long-term and devastating effects of these radical impulses will only continue to drive us into chaos. The reality is police everywhere are being killed by a structural injustice that was developed long before them. There are so many things that contribute to the unjust system that governs our broken community. Killing police officers isn’t going to solve the idiosyncrasies of police brutality.

Readers if you know anyone or think anyone could be suffering mentally due to The Ferguson Effect, we encourage you to get closer to that person and spread positivity.

The city of Baton Rouge is where this war started 2 weeks ago with the shooting of Alton Sterling .

Rest in Peace to the officers who have lost their lives to senseless gun violence. We ask that you pray for the families involved.