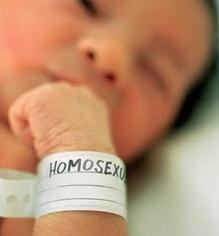 Homosexuality is a taboo subject in many cultures, while others embrace it and those individuals a part of it. Whether you’re pro or anti-gay, the fact of the matter is that around “9 million (about 3.8%) of Americans identify as gay, lesbian, bisexual or transgender“, so they’re not going anywhere. However, that doesn’t mean we have to stop debating on the topic.

Here are a few facts about the LGBT community, according to the Advocate:

Judging by the statistical information, you may have discovered that America harbors more same-sex individuals than you initially thought and you are either rigidly against this type of life-style or openly accept it. So I ask you this question, are people born gay? Did nine million American babies come into the world programmed to be attracted to the same sex?

Read these two excerpts from both a “pro” and “anti” so to speak perspective.

In 1993, a study published in the journal Science showed that families with two homosexual brothers were very likely to have certain genetic markers on a region of the X chromosome known as Xq28. This led to media headlines about the possibility of the existence of a “gay gene”.

HomoSEXuality is a behavior, an action.  It is not the same thing as a genetic condition such as skin color, height, or gender.  Homosexual intercourse (is there homosexuality without it?) is a behavior and is, therefore, something people choose to do.  Actions are what people choose to do – whether or not they have a tendency.  On the other hand, being born in black or white skin is not a choice and is not a behavior.

The purpose of this post is to trouble the waters a bit among my readers. So let me hear from you, whatever your opinion may be and please provide some explanation for either side of the fence you’re on.

Again, in your opinion, are people born GAY?